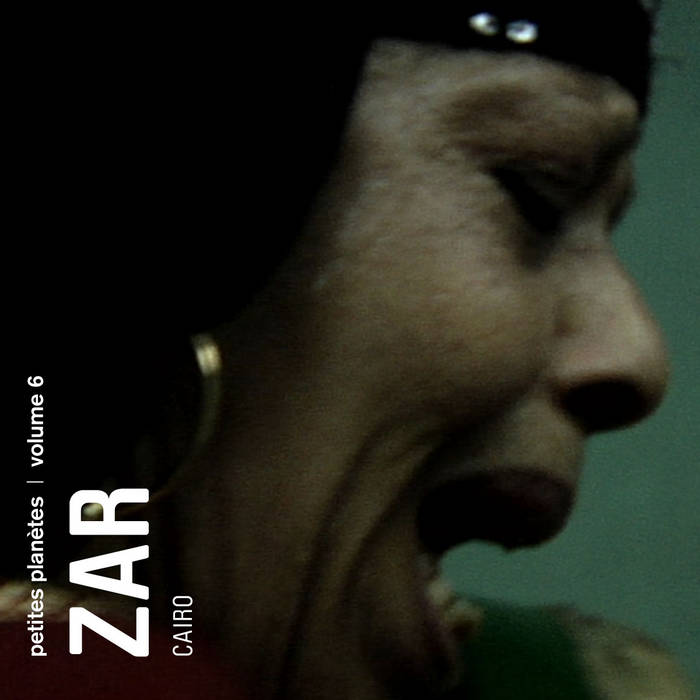 
SONGS FOR THE SPIRITS

Late on a Monday night in one of the hundreds of winding mud alleys of Cairo’s Darb al-Ahmar district, a middle-aged woman in a black robe and headscarf is welcoming friends to her one-room house. “Salaam aleikum." She offers an elbow in greeting rather than her hands, which are red to the wrists with fresh blood. Behind her, the turquoise-painted room is hung with round goatskin drums and rough handmade lyres decorated with beads and bright scraps of fabric. On the worn carpet is a shallow dish of blood half-submerging a clutter of gold rings and amulets: the remains of the animal sacrifice that begins the zar ritual.

Zar is a semi-secret musical ceremony for healing mental and physical illnesses its followers believe are caused by spirit possession. It is practised throughout the Muslim communities of North and East Africa and the Arabian peninsula, mostly by and for women. At the ritual’s heart is a repertoire of thousands of magical songs and rhythms – each associated with a particular spirit that can cause or cure maladies ranging from depression to infertility, broken bones and heart disease. During a zar, women are free to cast off social constraints and behave as the spirit possessing them demands – to dance, sing, shout, weep and enter tranced states – even, sometimes, to dress in men’s clothes, smoke hashish or drink alcohol.

Inside the room – the home of Leila, the zar leader – eight 40-to-60-year-old women in long flowered gowns and headscarves have gathered on cushions along the walls, smoking waterpipes and drinking glasses of sugary tea. Darb al-Ahmar is a poor working-class district and their faces are lined with hard work and worry. As the ritual begins, Leila’s assistant carries round a small brazier smouldering with heavy incense and, muttering prayers and blessings, douses each woman in its smoke. In return, each offers money to pay the musicians and cover the cost of the incense and sacrificial chickens.

Then three musicians strike up the opening music of the ceremony, their voices rising roughly over the thunder of their drums. In the tiny room, the sound is wild and overwhelming, designed to entice the spirits and intoxicate the participants. As each woman hears the rhythm associated with “her" spirit, she is drawn up to dance in the centre of the room, a blood-spotted white veil thrown over her head and face, before collapsing exhausted to the ground. The spirit is pacified – for the moment. “This is when the healing takes place," Leila explains. “When we are all gathered together to help and focus on the patient."

Now zar is at risk of dying out. This is partly due to changing fashions – the ritual, which arrived in Egypt with Sudanese slaves in the early 19th century, is seen as too old-fashioned and baladi (“country") for the 21st-century city. It is also because its borrowings from Islam, Christianity and African animism blur orthodox boundaries. The spirits it summons include the Prophet and other Islamic figures such as his granddaughter Sayyida Zeinab, Cairo’s patron saint – alongside Christian, Ottoman, western and pagan figures such as Yawra Bey, a cigar-smoking, whiskey-sipping dandy, and Mariam, the sister of a Coptic Christian priest who is part-mournful-lady, part-whore. But zar has deep roots in the Islamic respect for the power of music expressed by the 12th-century thinker al-Ghazali: "The heart of man has been so constituted by the Almighty that, like a flint, it contains a hidden fire which is evoked by music and harmony, and renders man beside himself with ecstasy."