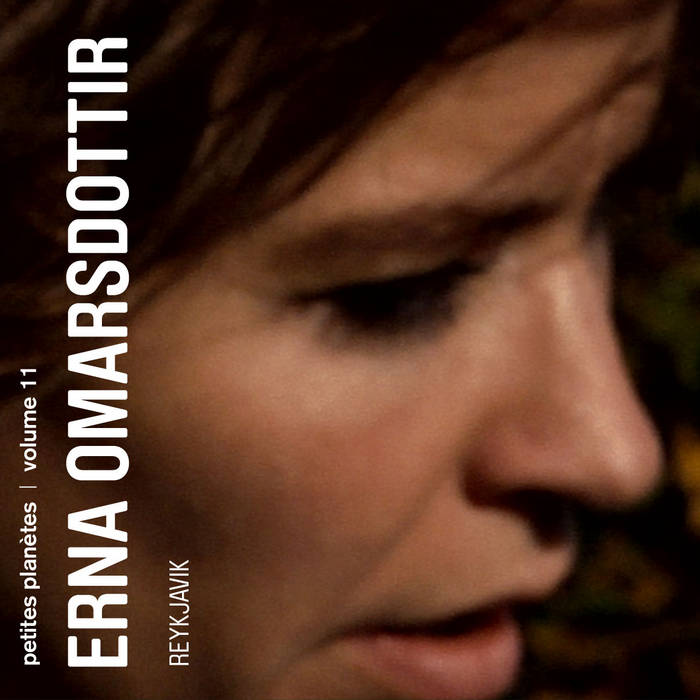 The car was driving at 150 on the Ring Road, music was bursting out of the cabin, and the Icelandic landscapes were scrolling along in their infinite variations around a same theme. It had been a week since we spoke with Erna about doing a film and there were only two days left before returning to Reykjavik and meeting the Icelandic dancer. Our shooting time would be short; I had to come with a strong and simple idea.

I had had the desire to create the portrait of a dancer for a long time, at least of a body rather than musical. We had come across Erna several times, here and there; with Sidi Larbi Cherkaoui in Paris or with Jan Fabre at the Avignon’s Festival. She was a true muse, a character that stands out quickly within a group by her unique presence, a mixture of a hysterical energetic body as well as a fragile one, which perhaps we relate to these popular Icelandic women outside of their country.

It is whilst looking outside the window that our best ideas come, and so at the wheel of my racing car, my eyes fixed on the horizon, the idea of our film emerged – Erna and the Icelandic nature, Erna and the sounds of her country. I started to record bit by bit several soundscapes, to archive a multitude of sounds all over the country at each stop the car made. And on the day of my return to the capital, I quickly edited this sound piece to give it to Erna and to ask her to dance to it. To improvise three dances and to dance with it. Where sound inspires the dance which then generates a movie.

I first showed this piece to two different women, and both had the same reaction of reject, even hate towards this woman and this so little filmed dance. It is true that we hardly ever see her body entirely, just pieces, parts of flesh in nature, so to present this film as a movie about dance could finish badly. I had studied the connection between cinema and dance for a while the previous years. Few films had succeeded in creating this dialogue which I had already been looking for a long time, between the exchanges of music and cinema. Other than the movies directed by Thierry de Mey, ‘The Cost of Living’ by DV8, and maybe some essays by Rodrigo Garcia, I had not found any singular and unexpected writing so this was a good enough reason for me to try my own.

That day, Erna was kind of my Elina Lowensohn, the fragile and manhandled heroin in ‘Sombre’ by Grandrieux. Luck would have it that Elina was in town at the same time, and her body had given me a voice in the incarnation I wanted to give to this woman at grips with nature, during a unique ritual.

I shot this film over a year ago. Since then a lot of things have happened and my research on different forms of rituals and shamanism have progressed well. So when I look at this film again, in which Erna’s body leaves a multitude of interpretations, I can’t help but also project myself in her convulsions and feel a bit of this occidental perspective on shamanism and trance. I even see a character of a classic grand woman torn between her daily life and her desire to escape from it through the violence of her confrontation with nature. A sort of Gena Rowlands in the woods.