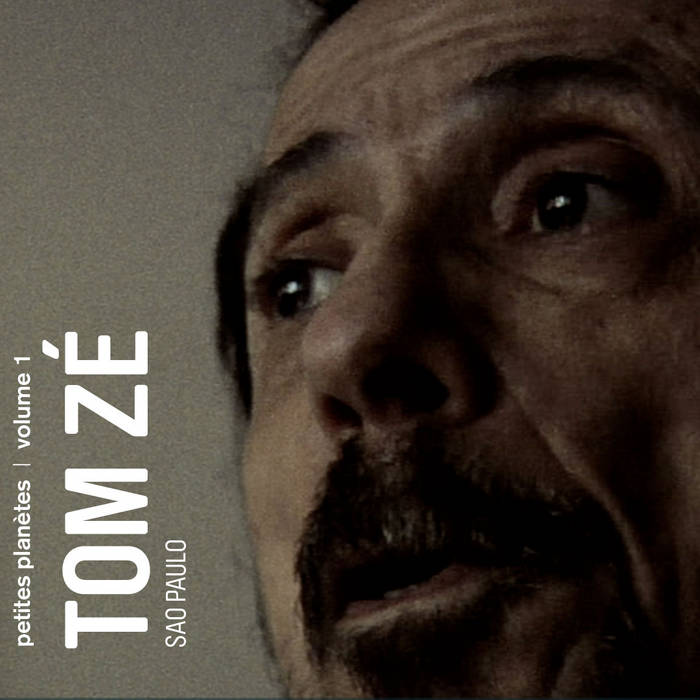 Brazil is first a body. A body that sprawls over thousands of kilometers, goes trough innumerable cultures, landscapes, colours and sounds. And everywhere you find the same gestures, movements of hands, eyes, legs, thumbs up, that demonstrate the blood ties of the brazilian people, as mantras shaping the backbone of a culture of so many origins, still so close in its heart. In Brazil, the body took over, and leads society.

To meet Tom Zé, to film Tom Zé, to dance with Tom Zé is, much more than anywhere in the country, to feel your body change. There is a before and after meeting Tom Zé. After all, you don't make movies for the movies themselves, but to prove yourself that meeting some people change your life. Mine changed this one morning, dancing on a roof, at dawn, above a paulista capital that doesn't sleep.

I had arrived in São Paulo two weeks earlier, with the firm intention of meeting Tom Zé, and to dedicate him a portrait. This gentleman is not difficult to reach, but age doesn't help, and if the first coffee was easy to get, the second meeting, the one for the filming, was much more tortuous. A cancelling a few days prior, a tensed exchange of emails, an agressive and desperate reaction on my side, and an ultimate email in my mailbox another night - Tom is feeling better, he will be ready tomorrow morning.

During our first meeting, in his appartment, we talked about the fact he wakes up very early in the morning and about the idea of building the sequence around dawn. I had imagined him singing to the early morning, and, in a cultural shortcut, I'd recalled a film shot a few months earlier in Cairo, about the first prayer of a muezzin in his mosquee in a village. Tom Zé, modern muezzin, it made sense, I liked the idea of him waking São Paulo from the terrace of his building.

But to do something with Tom, you first have to talk to Neusa. Neusa is the wife whithout whom Tom Zé wouldn't be, or wouldn't be anymore. She's the woman behind the scene, and she's one of those characters race from whom all these old brazilian musicians still working are gripping to. Count for yourselves - Luis Melodia, Caetano Veloso, Gilberto Gil, Jose Domingos, Nana Vasconcelos... and there are more I'm foregetting. All of them have a strong and sometimes tough woman that takes care of the "family business", answer emails, phonecalls, arrange meetings and shows, takes even often the artistic decision. That's her that you feel walking there and there in this little morning film. A small and softly painted portrait of an old child, maybe.

Crossing the country and speaking about Tom Zé, the same adjective fuses everywhere 'loco', 'crazy', along with a large smile to support the cause, with admiration. Tom Zé, crazy? we debate and argue, refuse these words - of course not, he's not crazy, to the contrary. Maybe the end of a certain Brazil is rising, when in presence of free bodies, we oppose them the name of madness.